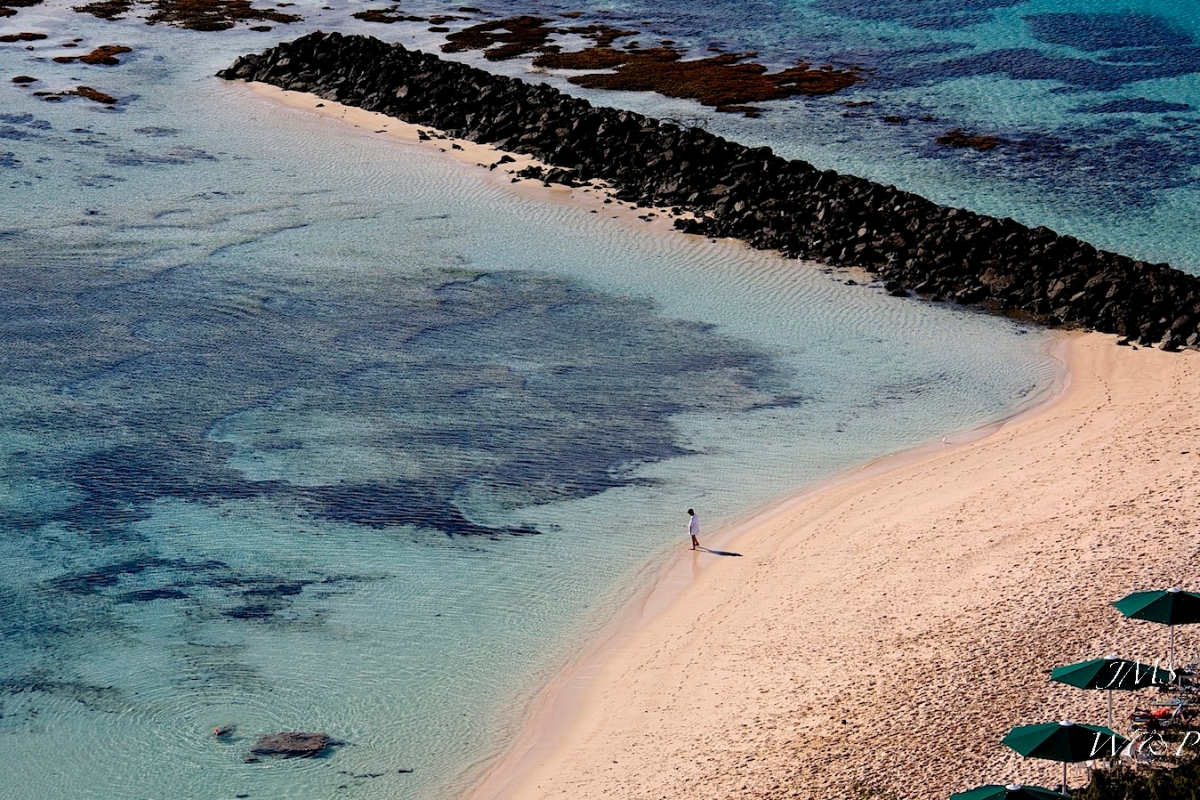 New Caledonia has been on my to do list ever since my friend Isabelle re-located there from northern France 11 years ago. I can see why Isabelle loves it here in the South Pacific. It is a tropical version of home. There are traditional French patisseries, cafes and brasseries, and even the topography of the old town of Noumea is something like the towns of Northern France where I first met Isabelle. There’s a Cathedral on the hill surveying the city and in the streets below are boutiques and little shops typical of a French regional town. Then stepping down the hill along the coconut lined Place des Cocotiers to the port, cruise ships dominate the skyline reminiscent of the Channel ferries and container ships of France’s northern ports.

But unlike Northern France, New Caledonia has 345 days of sunshine a year. Even in “winter” (July) temperatures are between 22C and 25C with the ocean a very swimmable 23C. This means in their spare time Caledonians enjoy the great outdoors year round. Fit, sporty looking types jog along the esplanade or cycle in packs in the early morning. They bike ride in the mountains, windsurf, and sail to deserted islands for camping trips. Isabelle’s family is no exception. Her husband Sylvain is a triathlete and mountain bike champion, their eldest son a surf-lifesaver and their youngest is following in his father’s footsteps. They are all trim and tanned and very good-looking.

To welcome us on our first day Isabelle and Sylvain took us on a short tour finishing at Ouen Toro, the former Australian WWII lookout over Anse Vata Beach and the Baie de Sainte Marie beyond. As we gazed at jet skies snaking white streaks through the bluest of blue water Isabelle said to me “People ask me when I am coming back to France, I say to them “Jamais, Jamais, JAMAIS”! (Never, Never, NEVER!) France cannot offer me the life I have here!” In New Caledonia Isabelle has blossomed. She left behind her life as a primary school teacher in a wet and dreary town and now runs Escale Meublée, a letting agency for short term fully-furnished rental accommodation in Noumea. And it was thanks to Isabelle, our holiday accommodation was in a chic 6th floor apartment over looking the pleasure craft bobbing in Port Plaisance.

While it’s not France, New Caledonia is very French. As a French overseas collectivity, the tricolor is flying and while you will hear English and Melanesian languages in the street, French is very much the principal language. Noumea is home to a French naval base and naval vessels regularly patrol the lagoon. We were there for Bastille Day, which was celebrated with enthusiasm. I had half expected to see pro-independence protests at this display of French sovereignty, particularly given the independence referendum planned for 2018. But instead Melanesian and French Caledonians enjoyed the festivities together.

In Noumea there is an obvious divide between rich and poor. There are more Porsche cars per head of population here than anywhere else in the world. Expensive yachts crowd the town’s marinas and slick hilltop villas look out over the palm-lined waterfront. This is not Bali; there is a sense of organisation with good roads and public transport, you can drink the tap water and there are no sanitation issues. But parts of Noumea are dirty and graffiti tags are everywhere. We saw many vehicles driving with broken windscreens, and there are ramshackle houses and dilapidated apartment buildings. We hired e-bikes from Noumea Fun Ride at the cruise ship terminal. Noumea is hilly and the e-bikes made it easy to explore the rich and the poor areas, all the way from the Latin quarter, the length of the harbour to the tourist strip of Baie des Citrons and Anse Vata Beach.

From Anse Vata water taxis ply backwards and forwards to Duck Island, with its underwater snorkel trail. At Anse Vata there are shops and cafes and the high-end hotels. Baie des Citrons is sheltered and calm with two swimming platforms from which you can swim and snorkel. (It was here I saw my first sea-snake. While highly venomous I was told they are apparently harmless as their jaws are not wide enough to deliver a bite.) At Baie des Citrons we hired Segways for a roll along the esplanade, and spent several evenings enjoying a beer and the live music of FROG (Fred et les Ogres) at La Barca café.

Thanks to Isabelle our stay in Noumea went off the tourist map to her favourite places of her adopted home. We took a picnic to Kuendo Beach, a short drive from central Noumea on the Nouville peninsula. The tranquil waters of Kuendo are sheltered by high dry hills where we took a potholed dirt track to Fort Tereka to where canons have held vigil since 1877 over the magnificent vista of the Noumea lagoon and the Coral Sea beyond.

Then Isabelle drove us to a secret swimming spot on the Dumbea River in the hills behind Noumea. There the water is as clear as glass and freshwater fish swam around me as I trod water watching our boys leap into the river from overhanging trees. Rainforest covered the mountain towering above the river. Isabelle sat on the bank and dozed. It was paradise.

The following day we headed to le Grand Sud and le Parc provincial de la Rivière Bleue. It was a cool day, the only day too cool for swimming, so we took the park guide bus to see the Kaori trees, forest giants said to be more than 1000 years old. This wild and remote country reminded me of parts of Australia with its red soil and thick forest. In the dark of the rainforest, just past the largest Kaori dwarfing all else we saw the Cagou picking its way along the forest floor. This is New Caledonia’s emblem, a large and unfrightened flightless bird, now threatened with extinction.

On another day, following Isabelle’s insistence, we took a day drip to Amedee Island on the Mary D. The 45 minute trip from Port Moselle was calm enough for a coffee and croissant breakfast. This tiny islet, dominated by its 1865 lighthouse, marks one of the few entrances to the lagoon through the coral reef. Green sea turtles underneath the jetty enticed us into the water and we snorkeled with them and scores of fish of all colours, large and small. At the top of the lighthouse, you can see for miles back to the main Island La Grande Terre and the little islets, sandbars and coral shoals which make the reef the second largest in the world.

“You cannot come to La Nouvelle Caledonie without seeing Île des Pins,” Isabelle said. So we took her advice. You can read about this adventure in my next blog post here.